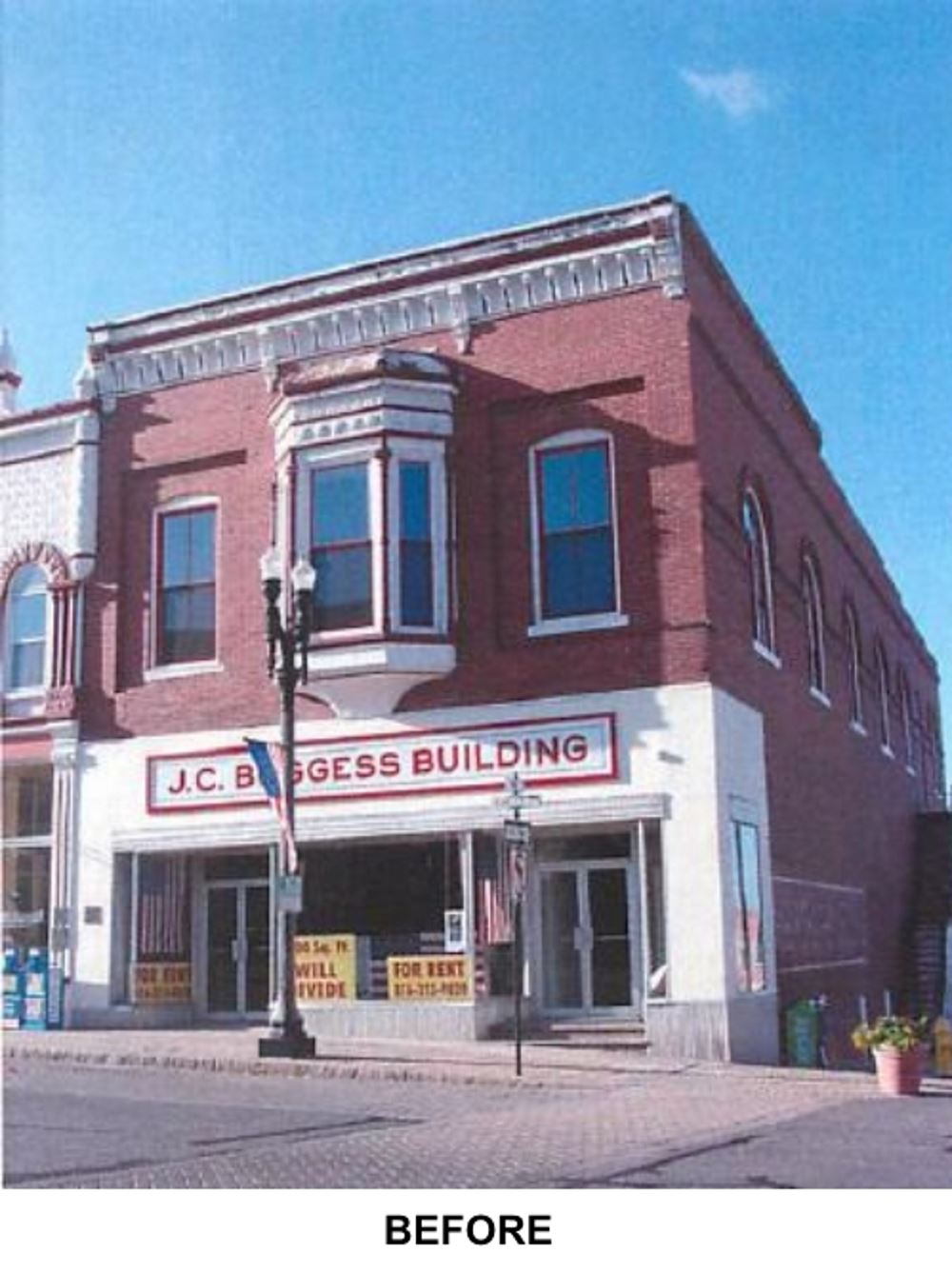 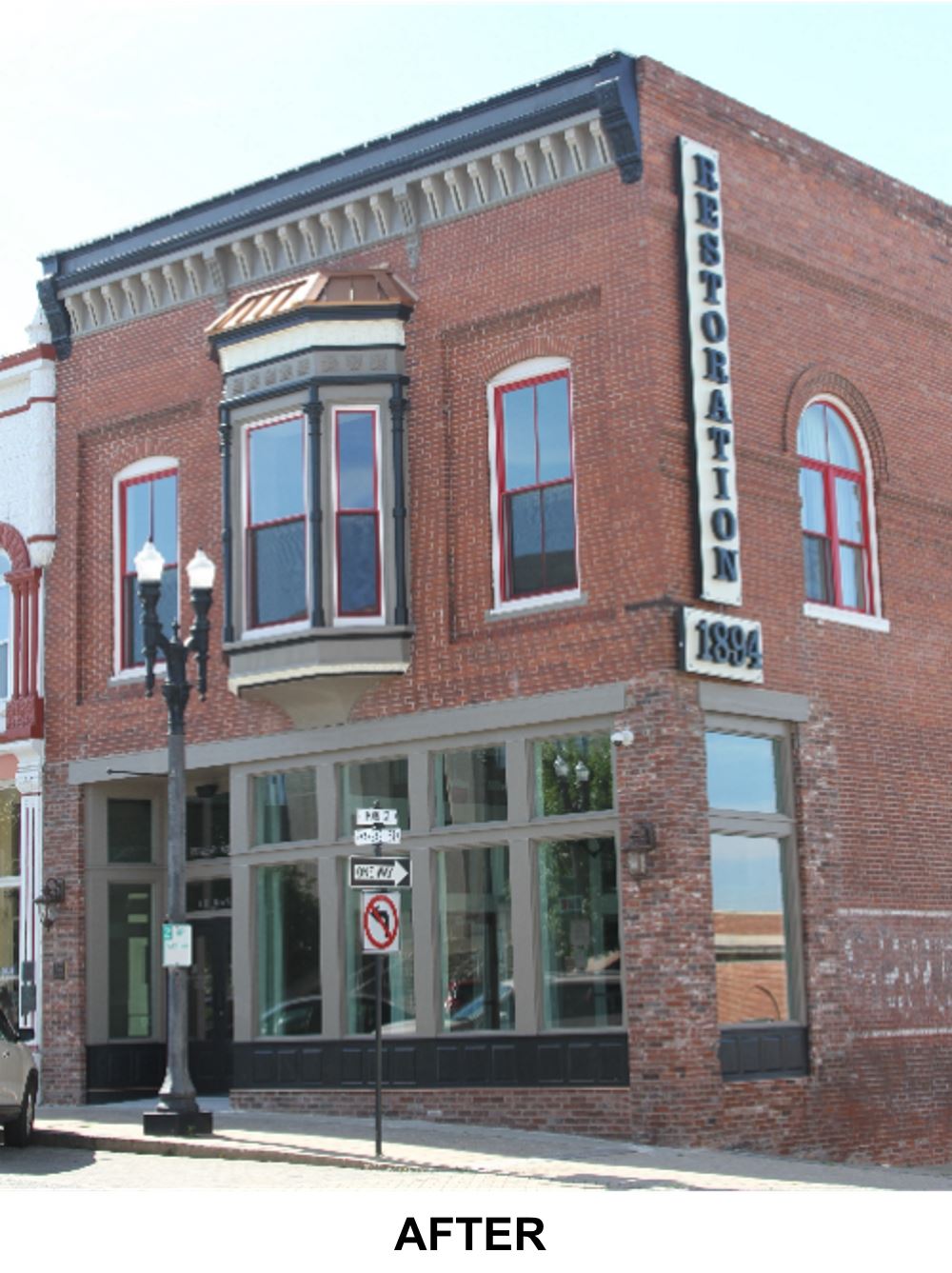 As a recipient of the Downtown Commercial Tax Abatement Program in Liberty's downtown, 1 E. Kansas transformed from a vacant, century old building into a new event space. Also included in the building is an architect's office (A3G Architects), a new home décor retail business (Petals and Potpourri) and a multi-tenant group working space (Wild Juniper). A catering kitchen and dressing rooms were added as well as an elevator to access the upper floors.

Restoration 1894, as it is aptly named, was built in 1894. The revitalization it has gone through creates an event space for a gathering of 25 to 300 people. So much of the original material in the building was restored, including the wood floor and the tin ceiling in the event space. During the renovation, a mural was discovered covering the original brick walls under drywall and plaster.