Parks & Rec crews relocated a shelter from the old City Park to Place Liberte. A new roof was added along with a concrete slab and a sidewalk connecting the shelter to the park. This will be a great addition for your next family picnic! 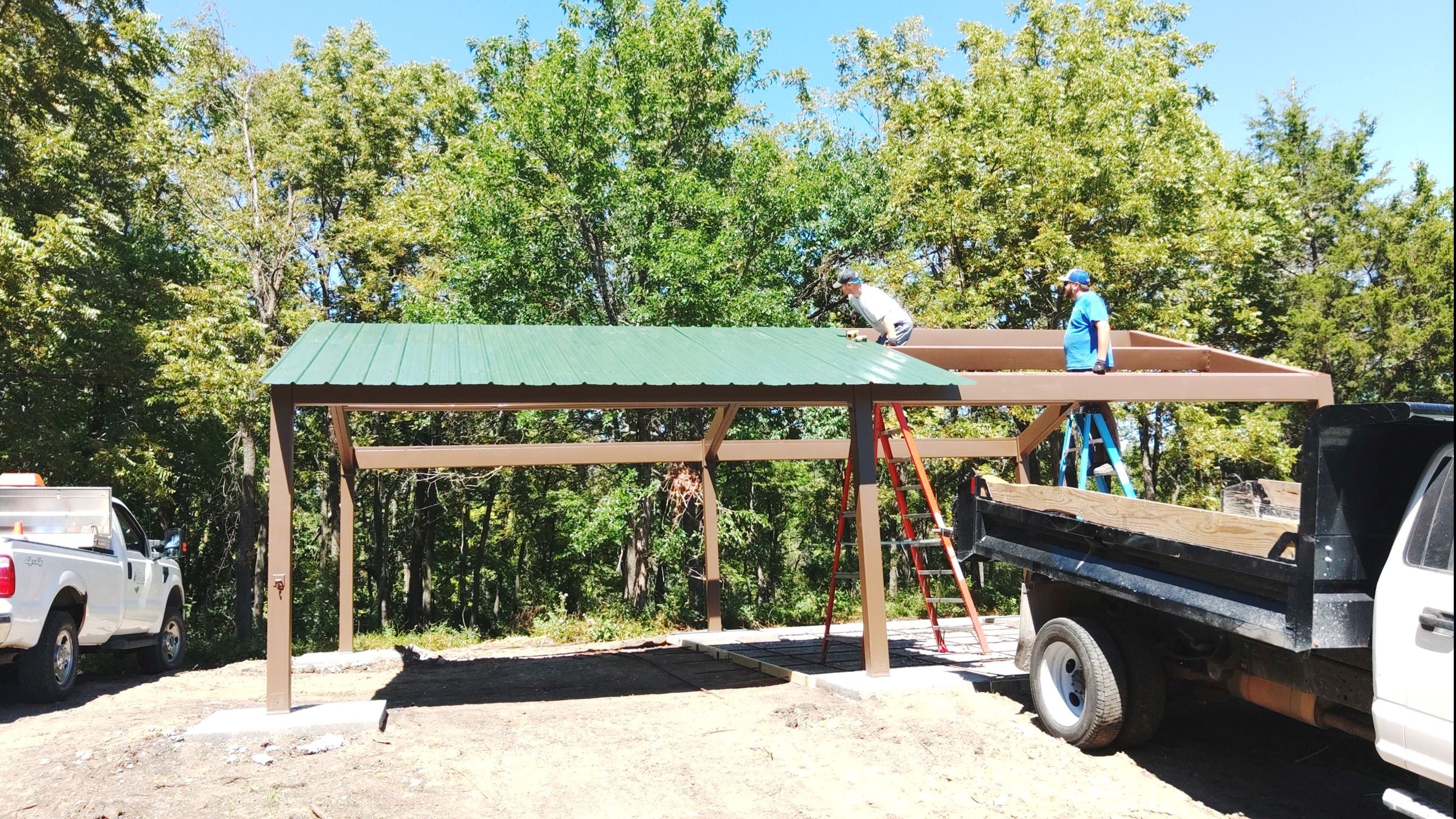 LPR crews finished another neighborhood project with the addition of a new chat walking trail at Arthur's Hill Park. This trail is eight feet wide, 300 yards long and took 115 tons of material.
"Chat" is a limestone material that is a cost effective alternative to concrete. Chat compacts to a hard trail surface that can also give, somewhat, and is a great option for trails that will be frequently used by walkers or runners.

The playground at Jefferson Park was built in partnership between Liberty Parks & Rec and the Liberty Kiwanis club in continuing the mission of "Creating Community Connections" for a prosperous and healthy community. The Kiwanis club donated funds toward the playground and the rest was covered by the Use Tax. Kiwanis is a global organization of volunteers dedicated to improving the world one child and one community at a time.

Parks & Rec crews have been working on laying approximately 1,200 feet of sidewalk along Clay Brooke Drive between Ruth Ewing and Current St. This connection was requested during the Clay Ridge neighborhood meetings and is part of the Neighborhood Parks Projects funded by the Use Tax. This will allow families from the east side of the Clay Ridge subdivision to access the park without walking in the street. 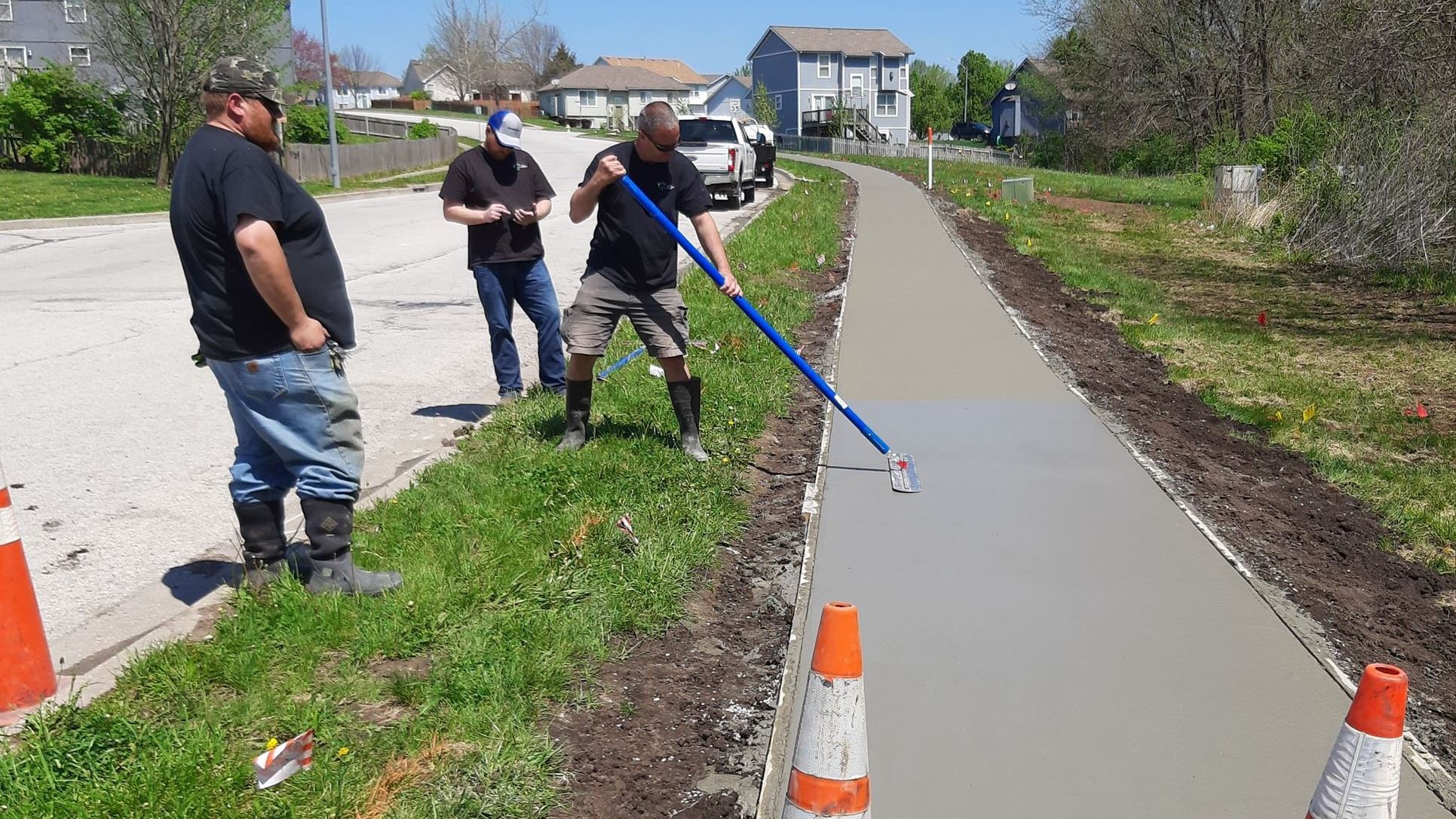 Parks & Rec crews continued to work toward the new installation of the pour in place surfacing that will be going in at Place Liberte and Wilshire Parks. LPR framed in and poured the concrete curb and leveled out the base layer in preparations for the surfacing. Work will continue as weather allows.

Parks & Rec crews started to install the new park signs at all of the neighborhood parks giving them a fresh new look. The before and afters are quite remarkable. Look for those the next time you visit one of the parks.

The new CXT restroom was installed at Bennett Park featuring a men's and women's restroom with ADA access. These restrooms are engineered and designed for long life and easy to clean and maintain. Parks & Rec crews finished off the install with a new sidewalk. 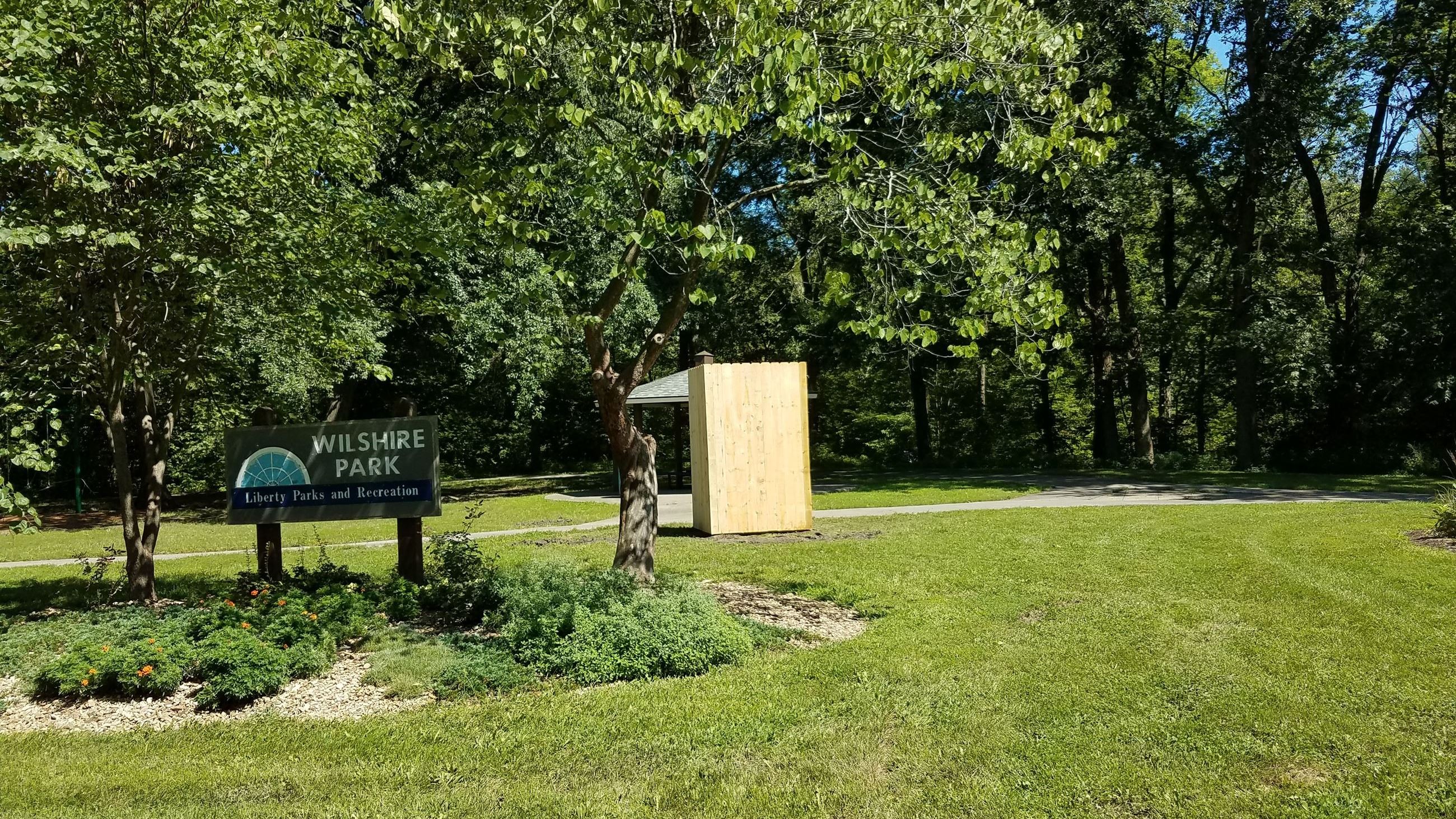 Parks & Rec crews installed the new swing set at Wilshire Park. Wilshire Park will also be receiving a new pour in place surface and new playground border to go along with the swings.

Parks & Rec crews continue to work through the Use Tax projects with the installation of professional grade, premium sand at the Clay Woods volleyball courts. The neighborhood surprised the crew with a thank you poster for the "awesome new sand." LPR really appreciates the enthusiasm from the young volleyballers.

Contractors began leveling out the area at Westboro/Canterbury park along South Withers Road for the new pickleball courts!  There will be 4 courts with an 8' perimeter fence, gate, lighting and 3' fencing between courts for safer play.

Pickleball is a paddle sport created for all ages and skill levels. The rules are simple and the game is easy for beginners to learn, but can develop into a quick, fast-paced, competitive game for experienced players.  Learn more about pickleball »

Parks & Rec crews fixed the clogged toilet at Bennet Park and ensured it would not be clogged again. The old restrooms were removed to make way for the new CXT restrooms to be installed in the coming weeks. Temporary portable restrooms were delivered so park users can still utilize a restroom.

Parks & Rec crews installed a second soccer goal at Arthur's Hill Park. Both goals were built in house by LPR's Curtis Renno allowing the department to be resourceful with the Use Tax funds and provide quality products to the parks. Go check them out and work on your soccer skills. 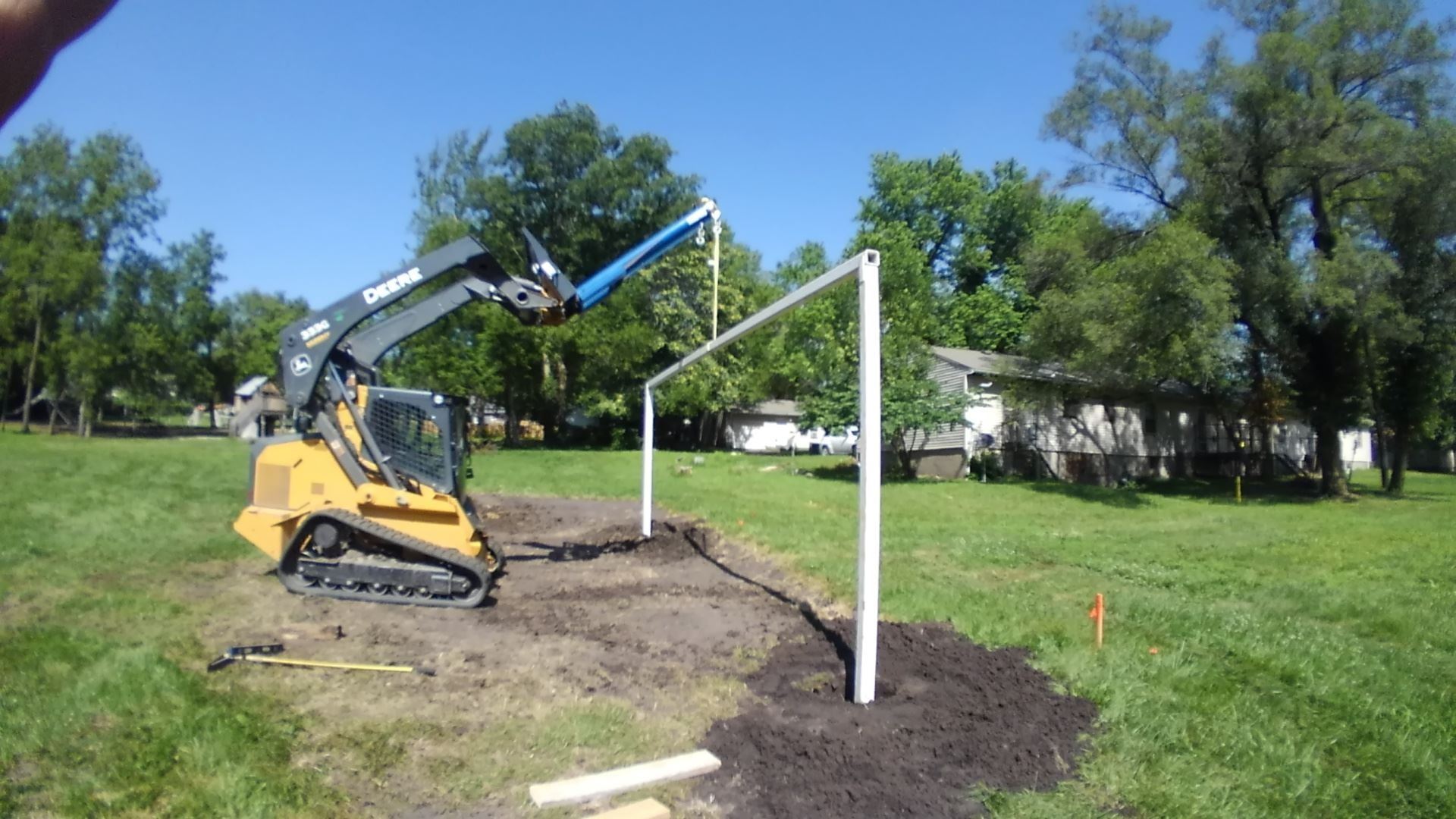 Parks & Rec crews installed water fountains at Wilshire Park (2) and Arthur's Hill Park (1) as part of the 5 new fountains to be installed through the Use Tax. LPR is waiting on contractors for additional water lines and installation for the new fountains at Claywoods / Claymeadows and Place Liberte. Look for those coming soon!

Parks & Rec crews framed out and poured a new parking pad at Ruth Moore Park across from the sprayground providing 8 new additional parking spaces. LPR was able to use a new power concrete screed allowing us to save money by doing it ourselves. This project and equipment were all made possible with funds from the Use Tax.

The new playground and 100 ft. zip line at Ruth Moore Park are now open!  Parks & Rec crews finished off the installation with a new border and added mulch. Participants can splash around in the sprayground then channel their inner Tarzan on the zip line.

Liberty Parks & Rec crews installed the new aqua zipline at the Liberty Community Center outdoor pool. The AquaZip’N™ is an exhilarating poolside attraction, combing the thrill of an adventure zipline with rope swinging. Participants of every age launch into the pool with a big splash!  What a fun new feature and should be popular when the outdoor pool opens on May 25.

Liberty Parks & Rec crews finished installation of the two new playgrounds at Westboro / Canterbury with the addition of fresh mulch. One of the new playgrounds is geared for younger kids, ages 2-5; the other for kids 6+. Both playgrounds are open just in time for Spring!

Liberty Parks & Rec crews demolished one of the old Westboro / Canterbury playgrounds in preparation for one of two new playgrounds coming to the park later this spring!

Progress in Parks! As part of plans to make improvements to 10 neighborhood parks, the Liberty City Council approved a contract for two new playgrounds for the Westboro / Canterbury Greenway.

One of the new playgrounds is geared for younger kids, ages 2-5; the other for kids 6+. Installation is expected late spring / early summer.

With input from park visitors through neighborhood park meetings and online surveys last year, it was clear that new playground equipment was sorely needed to replace aging pieces that had been installed in the mid '90s.

Thanks to the purchase of a new compact track loader and rotary mower, Parks & Rec crews have begun addressing a common request heard at the neighborhood park meetings earlier this year regarding clearing of overgrown brush. Crews were testing the new equipment at Northwyck Park in early December. This piece of equipment will make managing overgrown areas of invasive plants a breeze and will provide more open space and visibility at the parks. 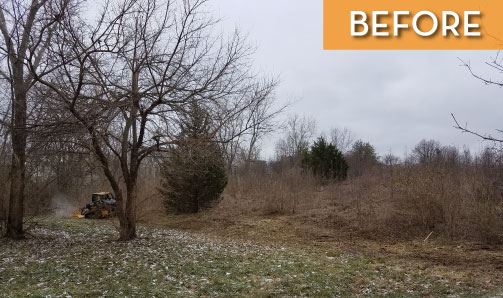 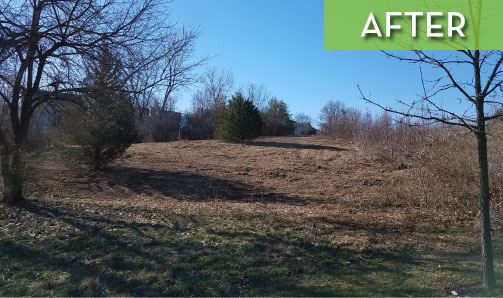 With input from Liberty residents through neighborhood park meetings and online surveys, the Parks & Rec Board's recommendations for improvements to the 10 neighborhood parks  were presented to the City Council. With general agreement from the Council, Parks & Rec staff will begin the procurement process!

To gain community input on improvements to the neighborhood parks, the Liberty Parks & Rec Department will be hosting meetings at each of the included parks. The first meetings will focus on parks in Ward 4.

Stay tuned for dates and times for other neighborhood parks meetings.

If revenue from this tax comes in as projected it will provide support for general City operations as well as for some capital improvements, including improvements to our  neighborhood parks system.